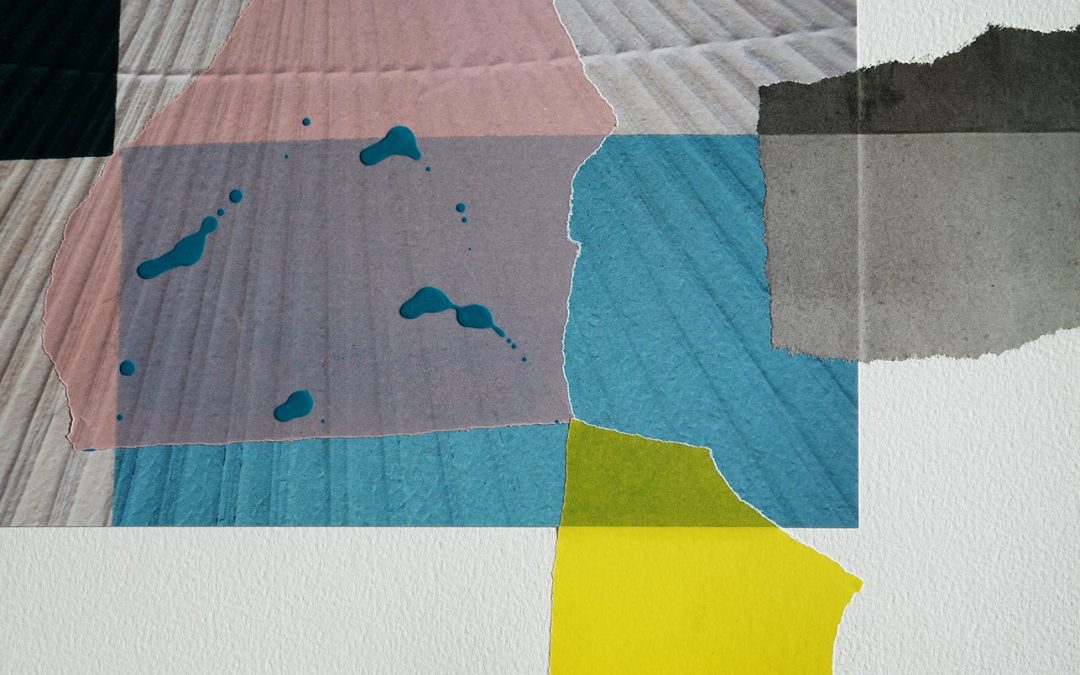 Jessica Backhaus is one of the most famous contemporary German photographers. Her work focuses on simple everyday things and unvisible situations, which are documented and staged in colorful photographs. Jessica is one of the most inspiring and sparkling personalities I’ve ever met. We spoke about her oeuvre, recent publications and the magic of the colour Blue.

Jessica, you are one of the most renowned contemporary German photographers. And or much more exactly because of the fact you are so down-to-earth. How, when and why happened to become a photographer?

As for many other artists, it began quite early. I grew up with parents who work in the Arts – my mother is an actress and my father is a theatre director. It was an unconventional and colourful childhood with a lot of freedom. I believe the spark that got me interested in photography was founded in the theater. Later on I had found inspiration in the film and movie archive that the partner of my mother was managing in Berlin. When I was 16, I realized that I had developed a passion for the visual world. Another key moment was decisive. At the time, when I lived in Paris, I had the chance to work with David LaChapelle. After these days of assisting him, I realized that I wanted to learn more. David was the one who suggested to me to leave Paris and to move to New York to work as an assistant. Somewhere in between all of it, my love for photography was born.

Why? I simply love the freedom that comes with it. Photography also paints new horizons and enables me to discover new worlds. I take pictures, among other things, because this medium offers me a field where I can express various emotions. This immersion into other worlds, to loose and find oneself, to follow uncertain paths, to dare, to attempt and to learn to see are some elements that are at the base for my longing to photograph. 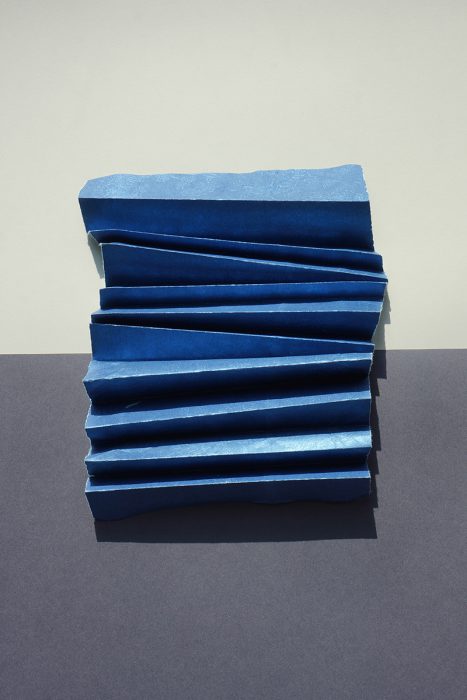 You have been living for many years in NYC and Paris. Tell us more about your life there. How did it influence your work?

Being a student in Paris was indeed a wonderful adventure. I have always enjoyed being surrounded by different cultures and being able to live in foreign countries where you have the possibility to enlargen your horizon.

In regards to New York I would like to quote Elisabeth Biondi who wrote one of the texts for my book Once, still and forever.:

“Jessica left Germany when she was sixteen to study photography in Paris. There she met Gisèle Freund who became her friend and a life-long influence on her work. New York was her next destination, which she explored for fourteen years. Freund had instilled in her the necessity to learn the craft of photography in order to be free creatively.

Photography was ever present in New York in the 80s and the 90s-in the galleries, in the museums and in the street. Photography thrived and color photography dominated. She looked and absorbed all with intense curiosity and gradually developed her own way of seeing. By the time she left, America had put a stamp on her vision.” 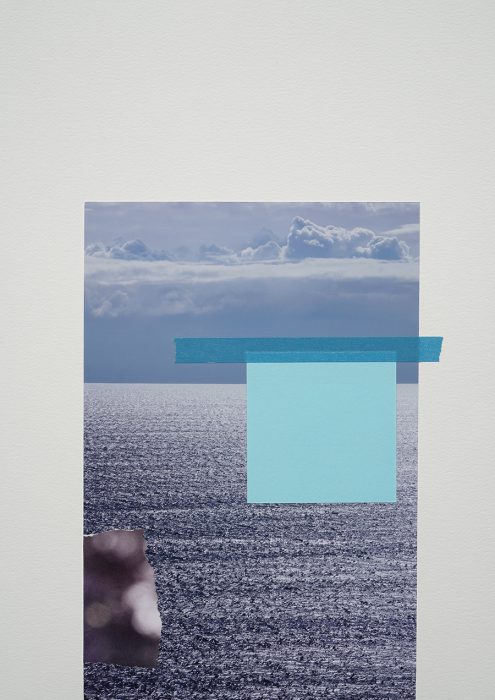 Gisèle Freund was a very close friend to you. How did she influence your life and work?

The relationship I had with Gisèle Freund was very precious to me. It was a beautiful and inspirational friendship in many ways.

She was 84 when I met her in 1992. We did many things together – we went to see exhibitions and movies, I introduced her to my friends, and mainly we had long talks and discussions where we exchanged our ideas and opinions on various subject matters. Our friendship was one of the most beautiful gifts I’ve gotten in my life. Even though we had such a huge age difference, there was a deep understanding, connection and love. She not only influenced and encouraged me within my work but also in my life. I admired her courage. Another thing I learned from her was to have the courage to live your life in an independent way and to follow your own convictions without too many compromises. In 2008, I created a book for her, One day in November, published by Kehrer.

Blue is „your“ colour. What does it mean to you? 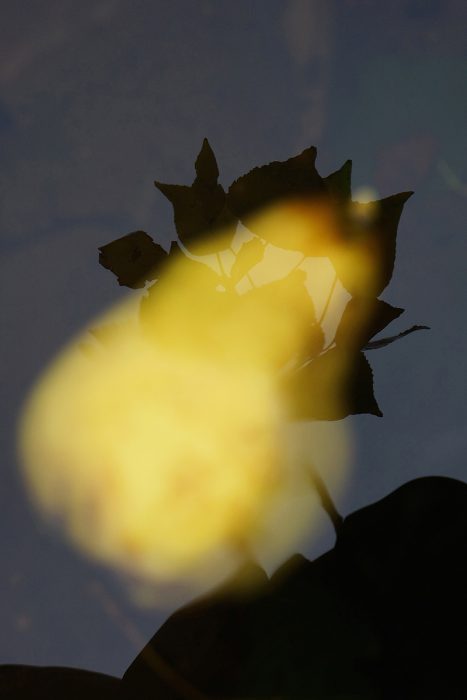 Six Degrees of Freedom seems to highlight a tension between my ‘young and fearless’ versus ‘older and wiser’ self. It seems that your images reminisce the excitement of childlike, forgivable rebellion. How important is the notion of rebellion and ‘revisiting our roots’ in your work?

Six degrees of freedom was partly inspired by my own biography and my desire to find out more about my origin. There is no specific message, the project holds various themes together like memory, yearning, identity, traces and destiny. During the years of making this project I visited some places from my childhood and youth. With my photographs I tried symbolically to capture the essence of this search and of the different life stages. Nevertheless I want the photographs to be open for individual interpretations. I believe photographs can play a vital and important role in constructing elements of one’s identity and history. 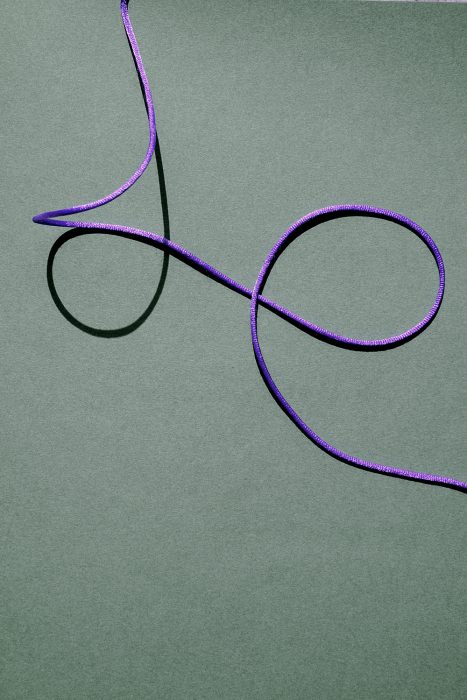 This series as well as your art work in general is said to have been based on your own life story. Could you tell us a little more about this?

My life and my work are very closely linked. Our experiences and our emotions are essential in our reflections. I think my work is very intuitive, it goes along with my own emotions and feelings. You express yourself because there is not another way you can do it. In order to create you also have to allow for a certain vulnerability and openness. I believe this open field of the unknown gives my work some lyrical and poetic elements. It’s about the little things and details which I think tell a lot about a bigger picture. You can sometimes read so much more in between the lines. 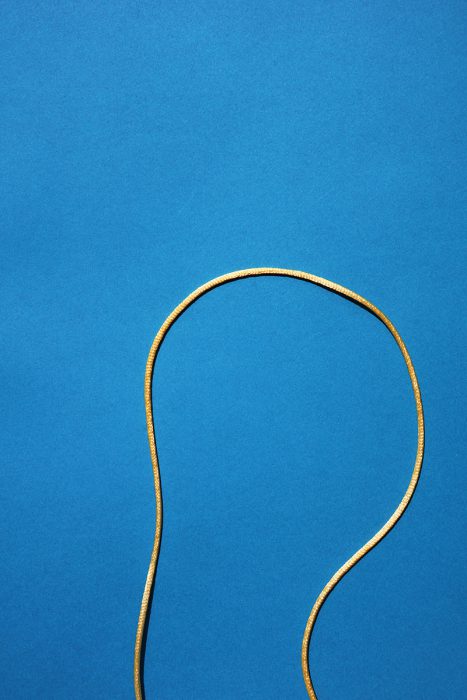 Your new project, a trilogy consists of three photo series „Beyond Blue“, „New Horizon“ and „Letting go“. Tell us more about the idea behind. Why is the trilogy so important for your artistic development?

A new project is always a mysterious adventure. The challenge is to develop new work and to move forward while staying authentic within your artistic expression.

Here are some thoughts about the three different series:

This series is about silence and feeling the void. I have always been fascinated by the void. I believe if you allow for a certain emptiness many things can happen. Sometimes in a state of feeling empty you can be quiet, recharge, see things in a different way/light, hear the silence and it allows for opening new doors. I also find it intriguing to concentrate on three elements: a piece of string, color and light. To find a radical reducement within my work.

This series is about the process of changing and the place in between. “A passage through an open doorway. A gateway to what lies beyond. The threshold of thought. The expansion of perception. The energy within the void. On the verge of becoming. The power of beginnings.” (TRA – an exhibition by Axel Vervoordt.)

This series is about new beginnings and letting go. It is similar to a path with endless possibilities where one follows their own intuitions. Eventually it is about taking chances, finding the courage of going new ways and exploring the unknown. The different layers in this new work are playing with our perception between the concrete and the abstract, the surface and the depth. 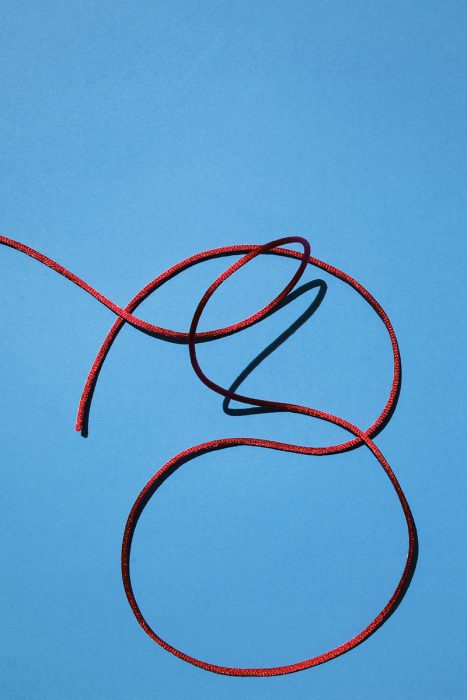 There is a publication dedicated to every photoseries. Do you have a favourite photo series and why?

The published book is for me the best form of accomplishment when I work on a long term series. It tells the whole story and not only fragments. I always concentrate first on the book and then on the exhibition.

Otherwise it is difficult to pin down one favourite series. But if I would choose one at this moment, I believe it is my Trilogy. Because I took risks, explored unknown grounds, experimented with new elements and enjoyed the liberty that I felt while working on it.

Is there a stillife you’ve already created in your mind but its not „materialized“ yet in the visual reality?

No. Most of the time I never know in advance where my work will take me. It evolves while I am working on it. There is always room for chance, mistakes and surprises. 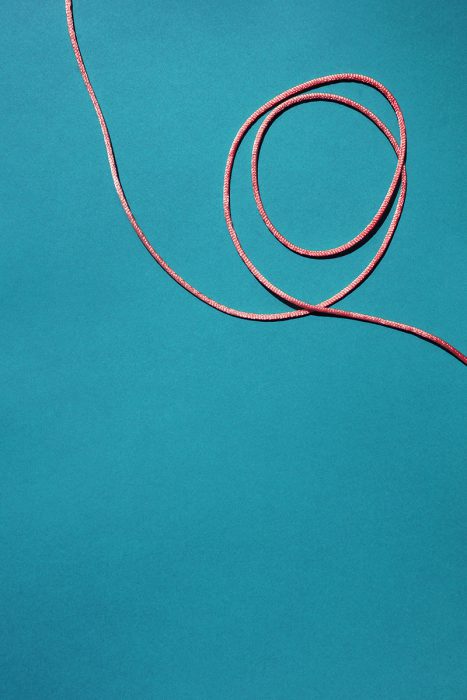 A photograph which you could never get separated from?

It is a beautiful print by Martin Munkácsi, “Boys running into the surf at Lake Tanganyika, ca.1930” that Gisèle has given me. 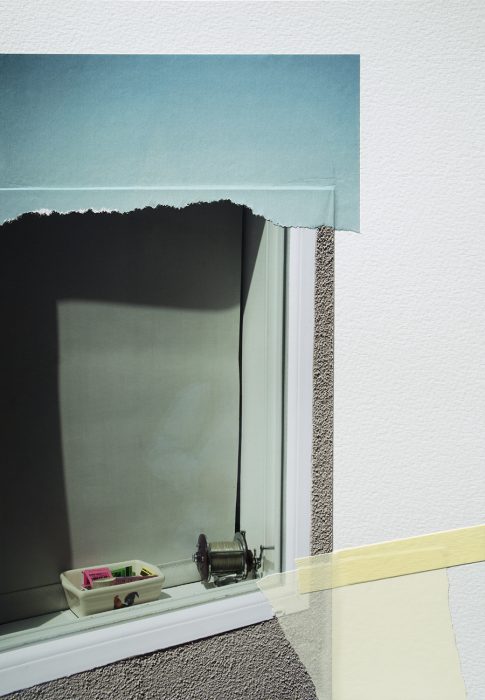 You are dealing with the topic of mindfulness. What does it mean to you? Is mindfulness something you create through your work?

Mindfulness is a word with lots of meaning. I believe it is a particular way you choose how to live your life. And the key is to integrate mindfulness in your daily life in all the various situations you find yourself in. I do hope that my work initiates an open mind and shows a different perspective on things. 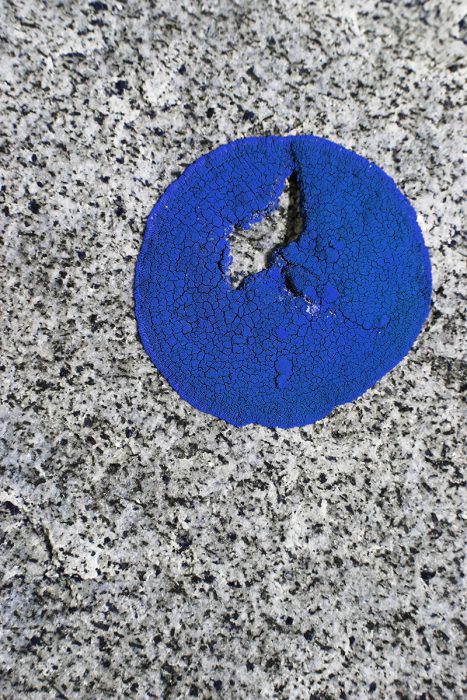 Can you share any inspiration for upcoming projects or work in progress?

Life inspires me. Our emotions, our feelings as well as various Art forms like Painting, Film and Music. At the moment I am not sure what journey I will take to create new work. I have started work on various new series. With time we will see where the wind blows. 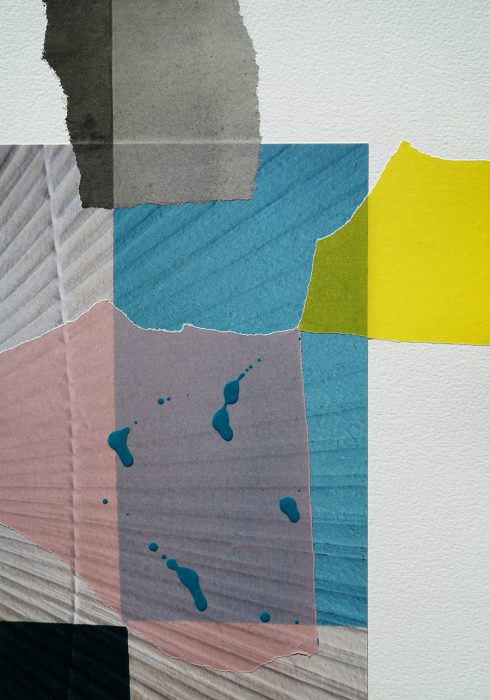 All photographs: courtesy by the Artist
new book A TRILOGY BY JESSICA BACKHAUS, published and available by Kehrer Verlag, Germany